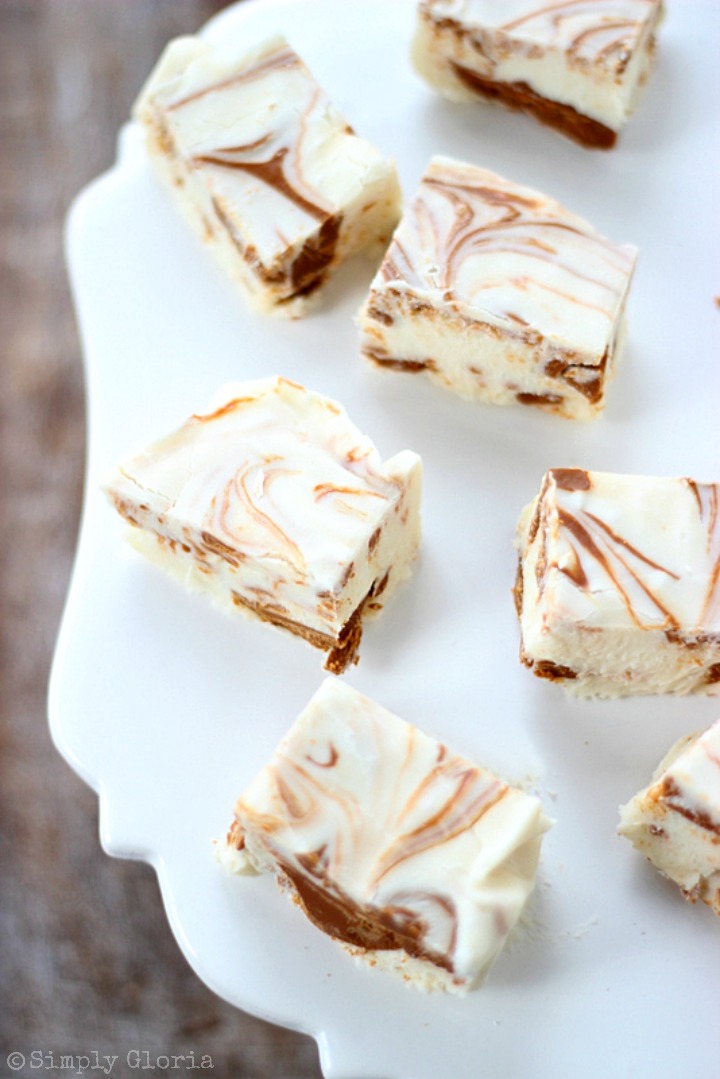 Hope you have your sweet tooth ready today.  Because I’m bringing on the cinnamon roll action in a sweet square piece of fudge!

This Cinnamon Roll Fudge is a smooth and creamy texture with the combination of cinnamon and white chocolate swirling around. 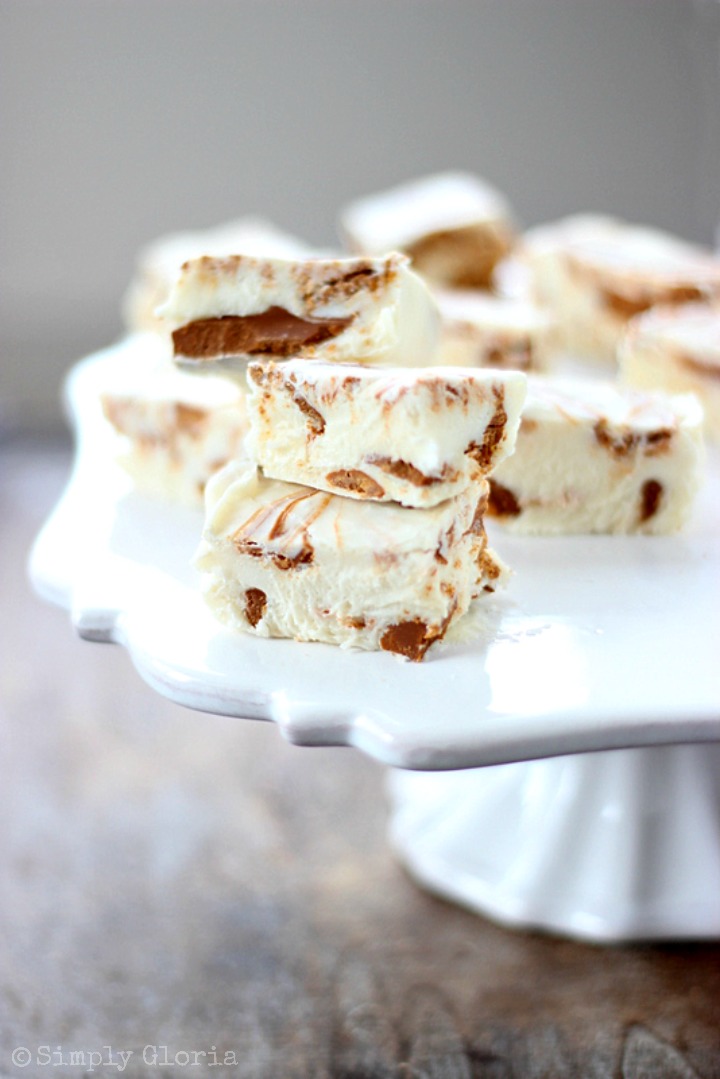 If you were to ask me what my favorite dessert was to make, it’d be cinnamon rolls all the way.  But, fudge is also my favorite thing to whip up in the kitchen.

Fudge is something that can be made on a whim.  There’s no oven to preheat.  And, it comes together fast! 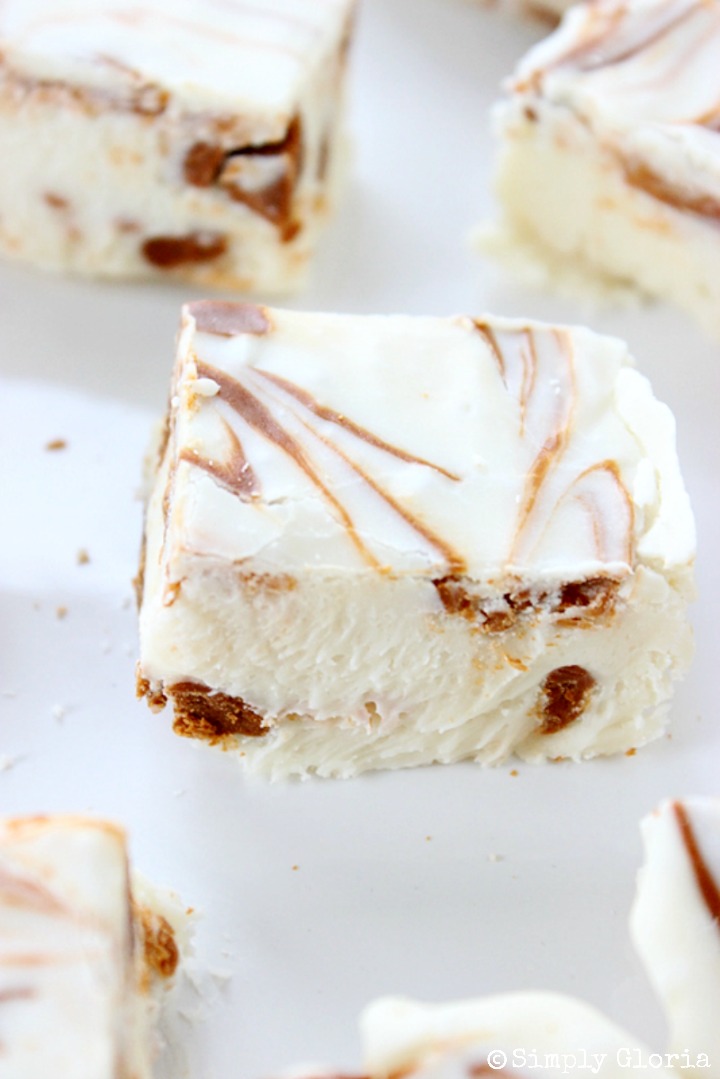 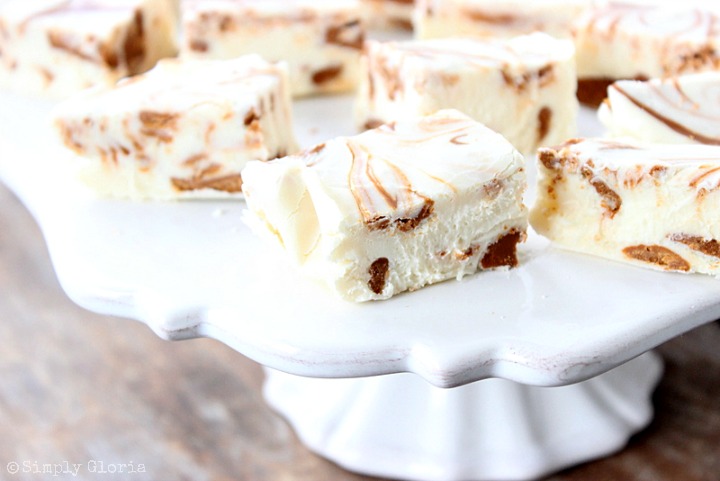 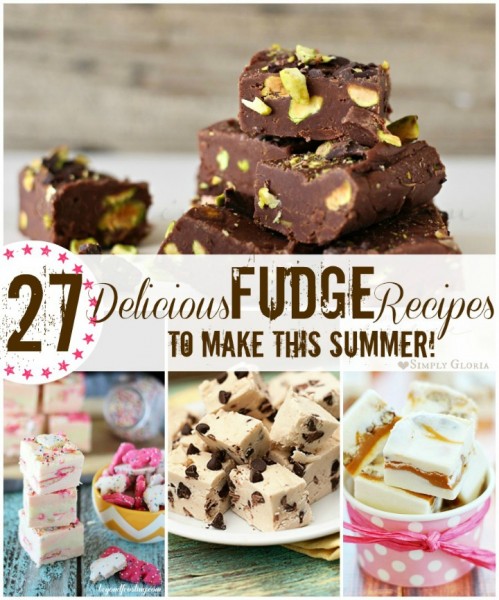