I have a most decadent treat for you today… 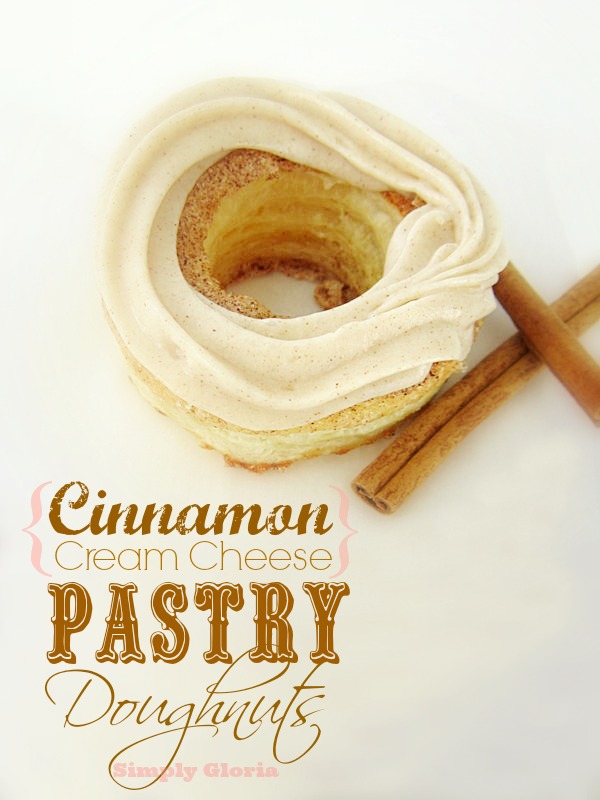 These are not just ANY doughnuts…they are Pastry Doughnuts topped with a Cinnamon Cream Cheese Icing!  And, these doughnuts are BAKED! 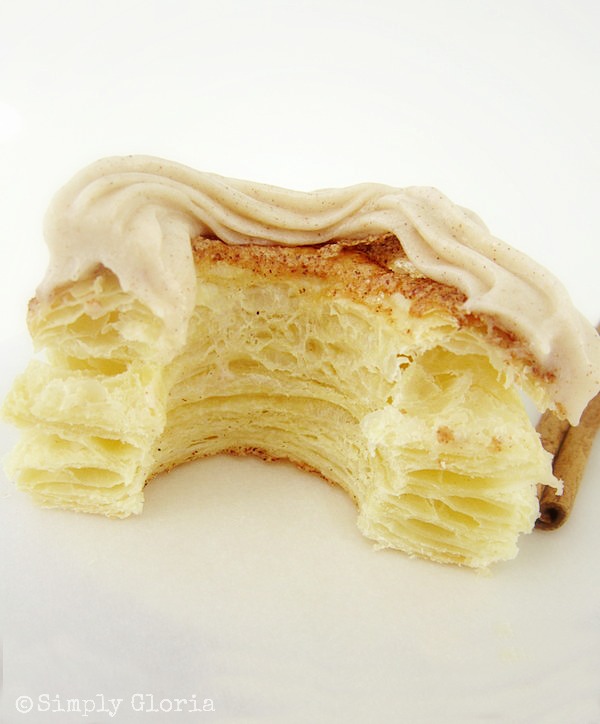 Can you just taste the layers of puffy pastry with a coating of cinnamon and sugar under the icing?!  The Cream Cheese Icing is swirling with cinnamon.  And the gentle, flaky texture of the doughnut literally melts in your mouth. 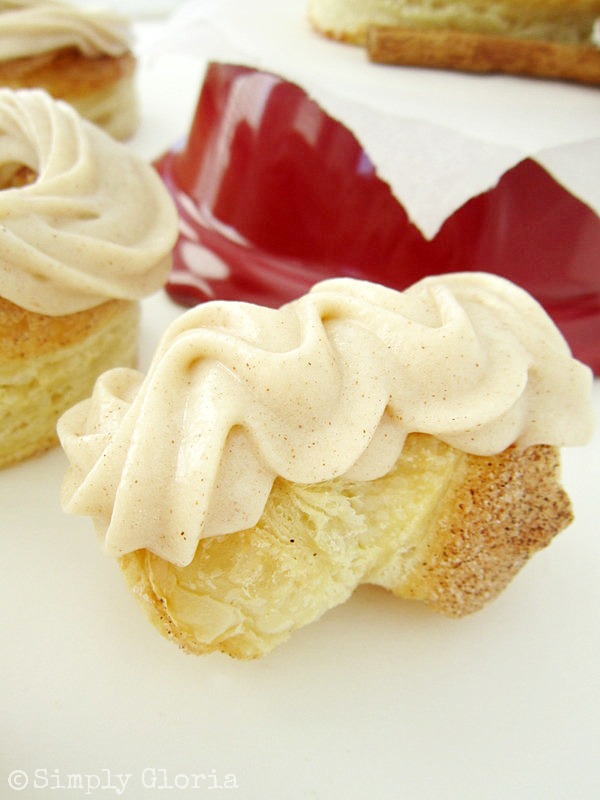 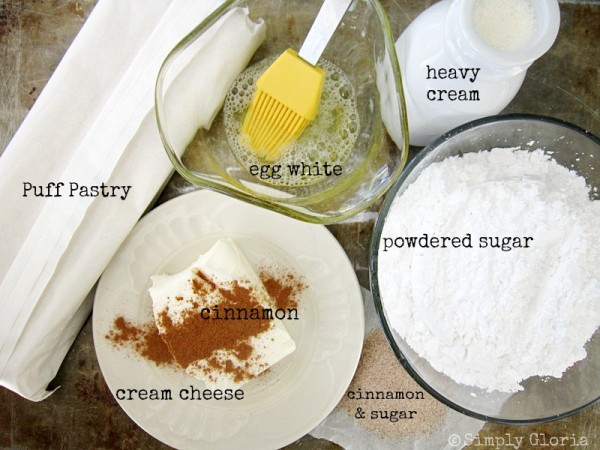 For the doughnuts, all you need is a package of puff pastry sheets.  (A package comes with 2 sheets in one box.)  And, one beaten egg white to brush on top of pastry, before you sprinkle on the cinnamon and sugar.  For the icing:  cream cheese, cinnamon, heavy whipping cream, vanilla, and powdered sugar. 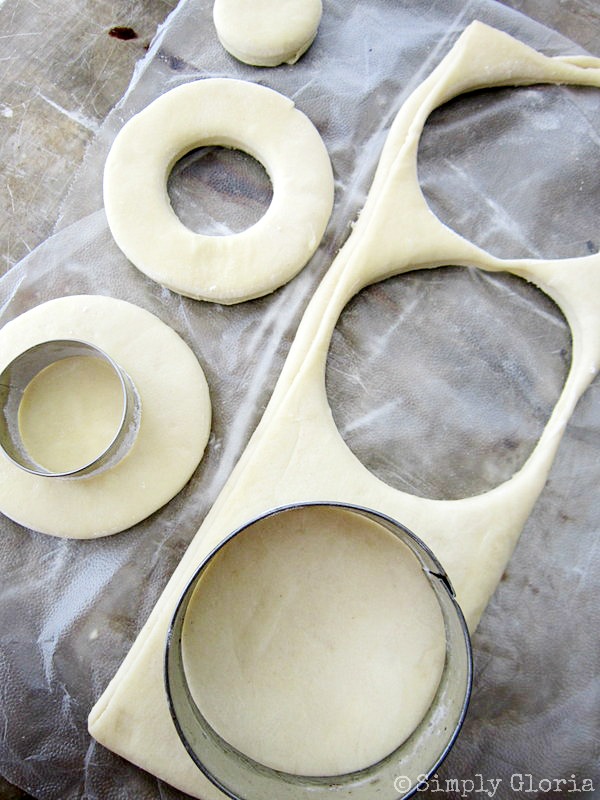 Take out the 2 frozen sheets of pastry sheets of the box.  Unwrap and cover them with plastic wrap at room temperature for 40 minutes.  Leave folded and cut with 3 inch round cutter.  Then use a smaller round cutter to cut out the middles of the doughnuts for the doughnut holes. 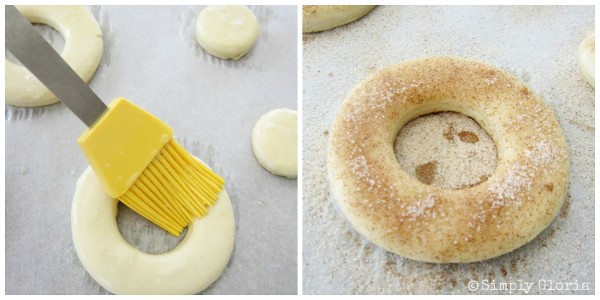 Brush the beaten egg white onto the surface of each pastry doughnut and doughnut hole.  Sprinkle heavily with cinnamon and sugar.  Bake in a preheated oven at 375 degrees on the bottom shelf in your oven for 25 minutes. 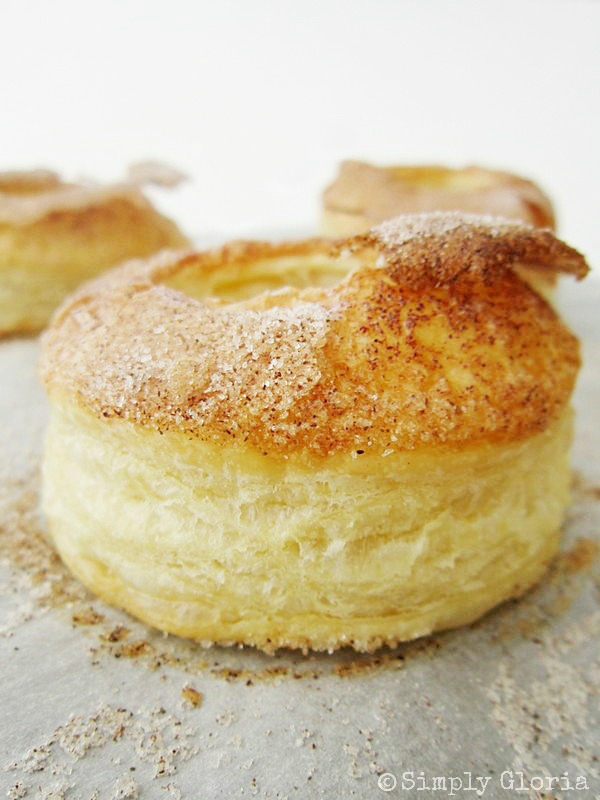 When finished, take out to cool before putting on the cinnamon cream cheese icing. 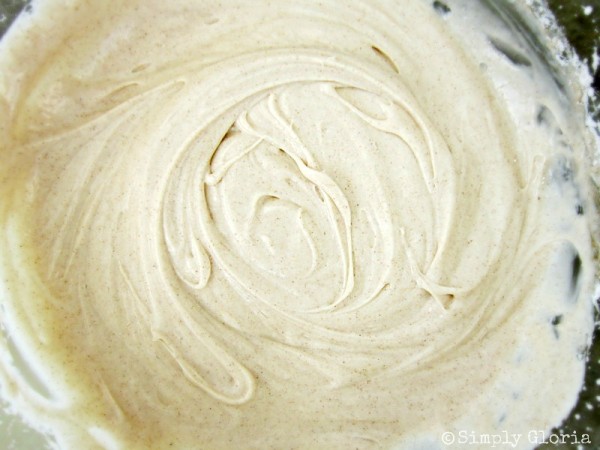 Whisk together cream cheese, cinnamon, heavy whipping cream, and vanilla with a stand or hand mixer.  Add the powdered sugar and mix until combined.  (The icing is at a medium to thin consistency.  If you choose to have the icing thicker, add 1/4 and up to 1/2 cup.)  Put the icing into a pastry bag (or a baggie that is snipped at one bottom corner).  Pipe the icing around the tops of the doughnuts and doughnut holes. 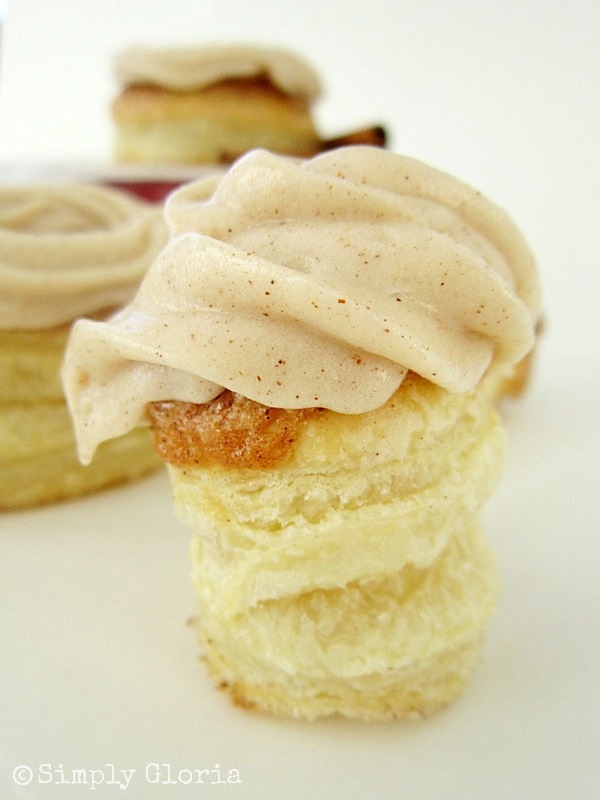 Now, see how easy these are to make?  But of course, they are even easier eat! 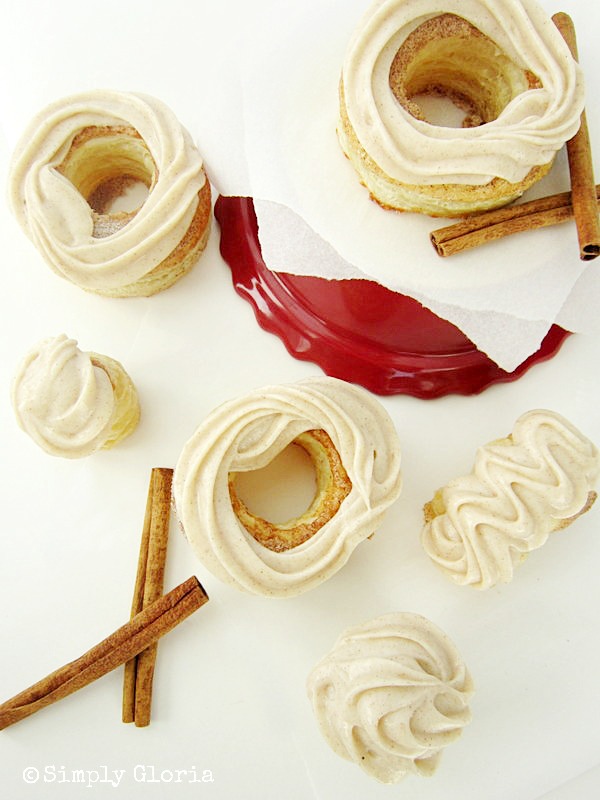 Print
Cinnamon Cream Cheese Pastry Doughnuts
Author: Gloria Phillips (SimplyGloria.com)
Cook time:  25 mins
Total time:  25 mins
Serves: 6
This recipe makes 6 doughnuts and 10 doughnut holes. Doughnuts are best to be eaten the day of baking. But can be covered and refrigerated over night until the next day. Then allow to come to room temperature before eating the rest.
Ingredients
Instructions
Notes
The Cinnamon Cream Cheese Icing is at a medium to thin consistency. If you choose to have the icing thicker, add ¼ and up to ½ cup.
3.2.1682

Here is another recipe using the Puff Pastry and Cinnamon together, I call them Cinna-Swirls. 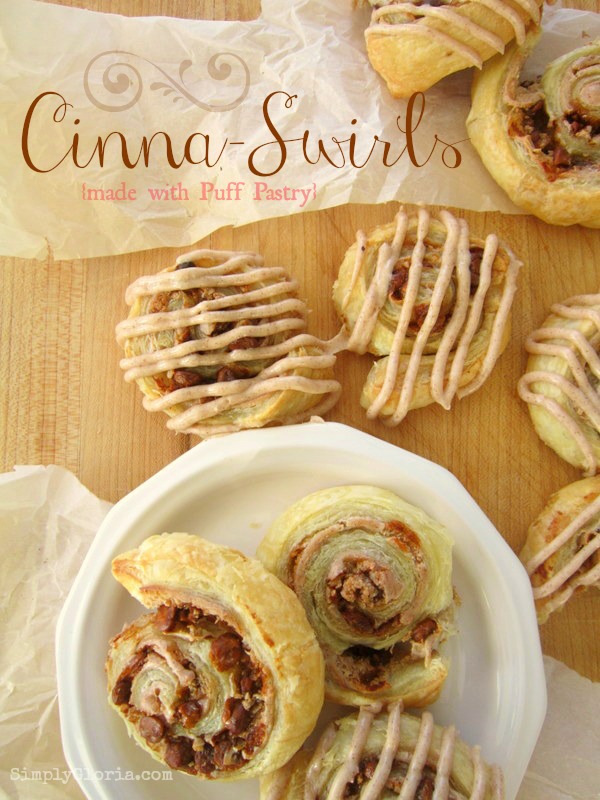 « Snap It or Bake It Giveaway!
White Chocolate Lemon Cookies »